Year 2021 was full of events. Starting with major events such as Brexit, US Capitol riot, Myanmar coup, blockage of Suez Canal, death of Prince Philip, Israel-Palestine crisis, withdrawal of US troops from Afghanistan, ending with a new Omicron variant of SARS-CoV-2.

A few words about the data#

@the_datanaut was reading the headlines of news every day on /r/worldnews, Al Jazeera, BBC, Reuters, New York Times, The Guardian and Washington Post.

To get a better picture on what happened, similar headlines were grouped together based on their semantic similarity.

How to read the visualization?#

Huh. Where’s all the COVID madness? The Tigray War in Ethiopia?

The topics visualized above were selected because they were mentioned a lot during short time period. In other words, the topics may be described as the most shocking topics, since a lot of attention was given to them during short time. This, however, excludes omnipresent topics such as those mentioned above.

If we look at topics that were given attention throughout the whole year, we see a slightly different set.

These topics were popular during the whole year. There are still important topics missing, because they were given less attention than the topics above.

As an extra, you can watch the 2021 news compressed into a minute and half in the following video. 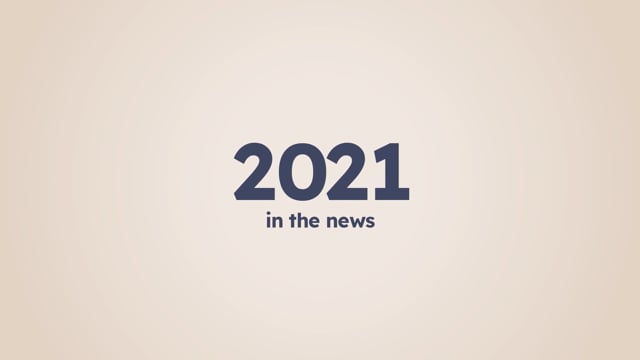